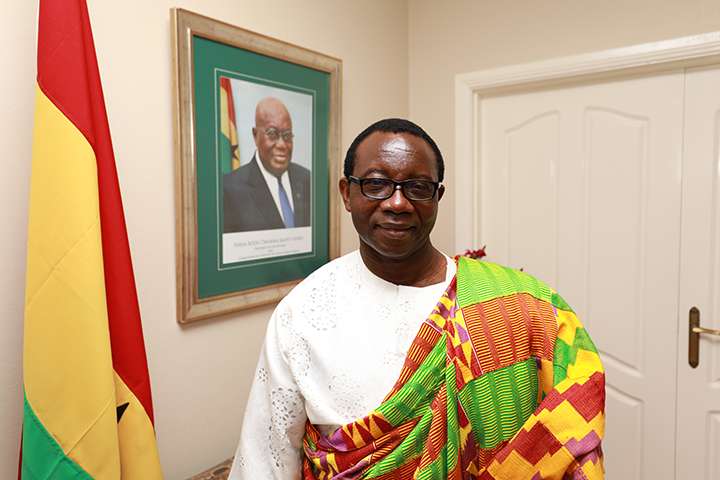 H.E Mr. Edwin N. Adjei was appointed as Ghana's High Commissioner to the Commonwealth of Australia on 13th September, 2017 by His Excellency Nana Addo Dankwa Akufo-Addo, President of the Republic of Ghana. He presented his credentials to His Excellency General the Honourable Sir Peter Cosgrove (Retd.) on 23rd November, 2017.

H.E. Mr Edwin N. Adjei has worked with the Ministry of Foreign Affairs  and Regional Integration since December 1987.

He has worked in various Bureaux of the Ministry such as the Information and Culture Bureau, the Personnel and Training Bureau, Estates and General Service Bureau, Africa and Regional Integration Bureau and has been Acting Director, Finance and Accounts Bureau, Director, International Organisations and Conferences Bureau (IOCB), Personal Assistant to the Chief Director, Director, Americas Bureau and Director, Policy Planning Monitoring and Evaluation Bureau.

He has also served abroad in Ghana Missions in Windhoek, Prague, Beijing, Riyadh and London. From July, 2016 till his appointment he was the Acting Chief Director of the Ministry of Foreign Affairs and Regional Integration.